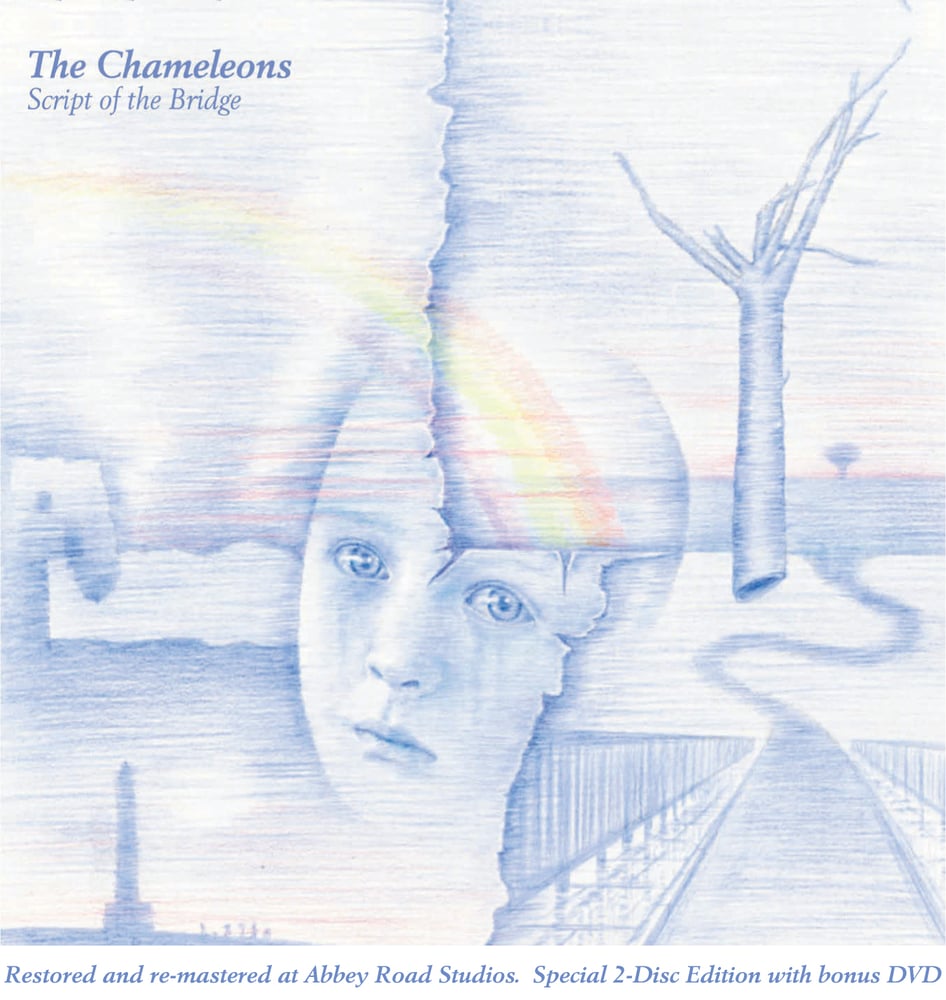 A 2-disc set featuring The Chameleons Script of the Bridge album (re-mastered at Abbey Road Studios) plus the Resurrection full-length concert DVD.

The album has been restored by Grammy Award winning production team Guy Massey and Steve Rooke, working from original studio tapes to create what the band believe to be the truest reflection of how the recordings were meant to sound. This new version will replace the soon to be deleted 25th anniversary edition.

The bonus ‘Resurrection’ DVD features the band live in concert and runs for a full 90 minutes. It was filmed during their legendary comeback show at Manchester Academy in the year 2000 and features 13 tracks spanning their entire career. Previously only available on VHS, the footage has been professionally restored for this disc (format NTSC Region 0).

The album features a new booklet with a drawing by guitarist Reg Smithies and exclusive new photographs.

Album Tracklisting: Don’t Fall / Here Today / Monkeyland / Second Skin / Up The Down Escalator / Less Than Human / Pleasure And Pain / Thursday’s Child /As High As You Can Go
/ A Person Isn’t Safe Anywhere These Days / Paper Tigers / View From A Hill